When is the best time to travel to the Virgin Islands?

The best time to visit the either US or the British Virgin Islands, to avoid crowds and enjoy the most fabulous weather is from late March, April, up to late June, when temperatures are pleasant and rainfall is minimal.

Although the weather in the Virgin Islands region is generally similar, each island has its unique weather fluctuation and micro climate.

Weather in the Virgin Islands is influenced by two factors: the North Atlantic Ocean and the Caribbean Sea.

The North Atlantic Ocean’s weather patterns are generally cooler and wetter than the Caribbean Sea.

The Virgin Islands lie in the path of the North Atlantic weather system, which means that the USVI experiences cooler temperatures and more rainfall than the BVI.

However, because of its location south of the hurricane belt, the Virgin Islands are relatively spared from the worst of the Atlantic hurricanes.

The best time to visit the Virgin Islands, then, is during the dry season from late March to June, when rainfall is minimal and temperatures are comfortable.

Of course, this is also peak tourist season, so expect crowds and higher prices.

If you can’t come during that time, the shoulder seasons of late February/early March and October/November are also good times to visit, with slightly cooler temperatures and more rainfall.

No matter when you come, though, be sure to pack your sunscreen! The Virgin Islands enjoy year-round sunshine.

The average temperature in the Virgin Islands is 78 degrees Fahrenheit (26 degrees Celsius).

The warmest months are July and August when temperatures can reach up to 87 degrees Fahrenheit (31 degrees Celsius).

The coolest months are January and February when temperatures can drop to as low as 69 degrees Fahrenheit (21 degrees Celsius).

Precipitation in the Virgin Islands is heaviest from August to October and lightest from February to April.

The wettest months are September and October when the islands can get up to 12 inches (30 centimeters) of rain.

The hurricane season in the Virgin Islands runs from June to November.

If you are planning to visit during this time, be sure to check the hurricane forecast and plan accordingly.

While the Virgin Islands are mostly safe from the worst of the Atlantic storms, heavy rainfall and severe winds can sometimes occur.

Best Things to do in the US Virgin Islands

Virgin Islands National Park: More than two-thirds of the island is protected as a national park, which means that there are plenty of opportunities for hiking, snorkeling, and picnicking.

Trunk Bay: One of the most popular beaches on St. John, Trunk Bay features a stunning underwater snorkeling trail.

Caneel Bay: Caneel Bay is a beautiful secluded beach that is perfect for relaxing or enjoying some water sports.

Annaberg Plantation: This former sugar plantation is now a popular hiking spot with beautiful views of the surrounding area.

Magens Bay: Magens Bay is one of the best beaches in the Virgin Islands and offers stunning views of nearby St. John.

Charlotte Amalie: The capital city of Charlotte Amalie is a great place to explore Danish colonial architecture, shop for duty-free goods, and enjoy the lively nightlife.

Coral World Ocean Park: This marine park is a great place to learn about the local marine life and see some of the Caribbean’s most beautiful coral reefs.

Main Street: Main Street is the best place to go for shopping, dining, and nightlife in St. Thomas.

Coki Beach: Coki Beach is a great place to snorkel, swim, and relax on the beach.

99 Steps: The 99 Steps is a popular tourist attraction in Charlotte Amalie that leads up to Blackbeard’s Castle.

Buck Island National Monument: Buck Island is a small island off the coast of St. Croix that is home to one of the best beaches in the Virgin Islands.

Sandy Point National Wildlife Refuge: It’s a great place to see some of the local wildlife and enjoy the pristine beaches.

The Estate Whim Plantation Museum: This museum is located on a former sugar plantation and offers a glimpse into the island’s history.

Christiansted National Historic Site: This site contains the remains of the 18th-century Danish fort, Fort Christiansvaern, an 18th-century fort that is now a museum that houses a collection of artifacts from the Danish colonial era.

Fort Frederik: Fort Frederik is an 18th-century fort that was built by the Danish to defend the island from pirates.

Best Things to do in The British Virgin Islands

Every water sports enthusiast’s dream is the British Virgin Islands.

The islands are actually best visited on the sea, as they are surrounded by miles of dazzling blue, crystal clear waters of the Caribbean Sea.

Many visitors opt to island-hop aboard a catamaran, sailboat, or yacht for a day trip or a weeklong experience, while others may prefer to kayak or paddleboard across the calmer water at lesser depths off the shore of their resort or local beach.

Whatever your interests are, you should plan to spend time on the water in the BVI.

Crewed charter boats eliminate the hassle of holiday preparation by requiring you to simply show up and enjoy a trip with a captain, crew, and chef on board.

The disadvantage is that this style of sailing might be more expensive than staying in a hotel for a few nights.

If you’re going with a large party, you can usually locate a low-cost boat that’s equivalent in price to a stay at an upmarket resort.

Travelers based in the British Virgin Islands or elsewhere in the Caribbean can also sign up for day sails or specialty boat trips that include snorkeling or party-centric itineraries.

The Baths: The Baths is a popular spot for swimming, snorkeling, and exploring the unique rock formations.

Brewers Bay: Brewers Bay is a great spot for swimming, sunbathing, and relaxing on the beach. 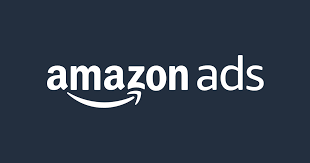